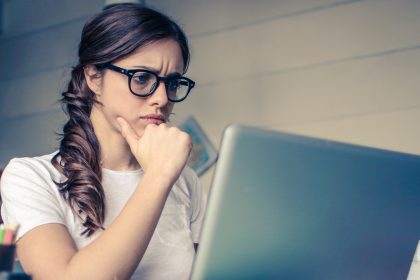 If you’ve listened to the news recently, you’ve probably heard the term ‘NDA’ more than once. Once a fairly uncontroversial, commonplace mechanism, confidentiality agreements – also known as non-disclosure agreements (NDAs) – have become synonymous with sexual harassment cases (particularly in the wake of #MeToo) and exploitation.

In this blog, we’ll discuss how NDAs work, when it might be appropriate to use one, and the limits to what they can legitimately cover.

What is an NDA?

For many businesses, confidential information is routinely shared with external parties: a potential client, for example. However, before such disclosures are made, it’s natural to want to ensure that the recipient will respect the sensitive nature of the information and treat it with discretion.

If a member of staff is leaving a company under a settlement agreement, it’s also standard for confidentiality clauses to be included.  Despite the recent media outcry about certain high-profile settlement agreements, there is nothing inherently wrong with or unethical about including such provisions in agreements which often provide for significant financial payments to departing employees (and allow both parties to bring a difficult episode to a close).

An appropriate confidentiality agreement (NDA) might cover things like: the amount of money the employee is being paid (as the employer usually wishes the numbers involved to remain private); details concerning the circumstances of an employee’s exit (as it is generally in neither party’s interests to publicise any disharmony); and clauses reinforcing the departing employee’s confidentiality obligations in respect of commercial information (prohibiting the exiting employee from taking such information to a competitor, for example).

The sorts of confidentiality clauses mentioned above are commonplace and can be entered into without concern. We advise clients on similar provisions on a practically daily basis.

Where things have become more controversial recently is in the case of NDAs that are said to have been designed to intimidate former employees and prevent them from reporting wrongdoing.

In October 2017, Zelda Perkins, an assistant of Harvey Weinstein at Miramax Film during the 1990s, spoke out about Weinstein’s attempts to use legal contracts to prevent alleged harassment victims from coming forward. Perkins alleges that Weinstein sexually harassed her on multiple occasions and also attempted to rape a colleague of hers, at which point both women left the company on negotiated terms. Their settlement agreements allegedly contained onerous NDAs, limiting their ability to disclose what had happened to them in legal proceedings or for therapeutic purposes.

Perkins is now leading a campaign for tighter restrictions around NDAs.

Whilst the public policy argument for asking a departing employee to sign an NDA is that an employer should be able to settle a dispute, pay a certain amount of money, and then draw a line under the incident (without fear of reprisals or the story being made public), this is not the case in instances of criminal misconduct.  While settlement agreements restricting disclosure of criminal or regulatory wrongdoing undoubtedly exist, clauses preventing disclosure to appropriate authorities are likely to be unenforceable in practice.

Even so, such provisions can have a chilling effect, intimidating employees who may be unaware that they would not stand up in court.  Zelda Perkins, for example, states that she did not speak out for twenty years because she was fearful of the consequences of breaking the NDA.

To guard against this, in March 2018 the Solicitors Regulation Authority published a warning notice stating that solicitors should not prepare NDAs seeking to impede or deter a person from reporting criminal offences, misconduct or serious regulatory breaches, making public interest disclosures or cooperating in criminal proceedings.  If it is found that a solicitor has breached the guidance within the warning notice – whether they are working in-house, on behalf of their own firm, or for clients – they may be subject to disciplinary proceedings.

The government is also proposing changes to the law, including a prohibition on clauses preventing disclosure to the police; a requirement that NDAs contain wording expressly setting out their limitations; and that NDAs in settlement agreements will only be binding where a worker has received legal advice on their nature and limitations.

What to Include in an NDA

First of all, confidentiality provisions in settlement agreements should be reasonable in terms of content. Ordinarily, the person signing will agree not to disclose the terms of the settlement or the general circumstances of their departure, but will be able to speak about confidential matters with close family and professional advisers. They would also be able to make any disclosures that were required by law. Sometimes agreements expressly stipulate a reason the former employee can give to recruiters and potential new employers if questioned about their departure – this can be preferable to both parties (rather than forcing an employee to simply state ‘I can’t talk about that’).

Second, it’s usual to see provisions either repeating or restating the employee’s existing  obligations of confidentiality in respect of information which is commercially sensitive and valuable to the employer.

Finally, it’s already good practice – and fairly commonplace –to see express wording that will make clear nothing in the agreement precludes the signee from making a disclosure of a criminal offence, regulatory misconduct or a matter that is otherwise in the public interest.  This can be a grey area, potentially covering anything from environmental issues to dishonest business practices. For example, regulators are increasingly stating that they consider sexual misconduct to be a regulatory issue (which was not generally the case a few years ago).

If you have specific concerns about what may or may not be disclosed, it’s important to take legal advice.

If you require advice on a confidentiality agreement, Bellevue Law’s experienced employment lawyers are here to help. Get in touch today to organise a no-obligation discussion with our expert team.

You fall out with a business partner: what to do? 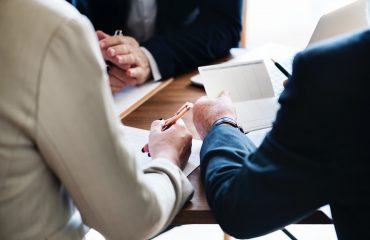 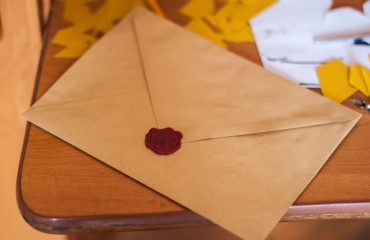